BRAND NEW GUARANTEED WAY TO DOUBLE OR TRIPLE THE NUMBER OF LEADS AND SALES YOUR LANDING PAGES GENERATE FOR FREE!

Without spending a single cent more on Google or Facebook ads. What you’re about to discover will change the way you advertise on Google forever… 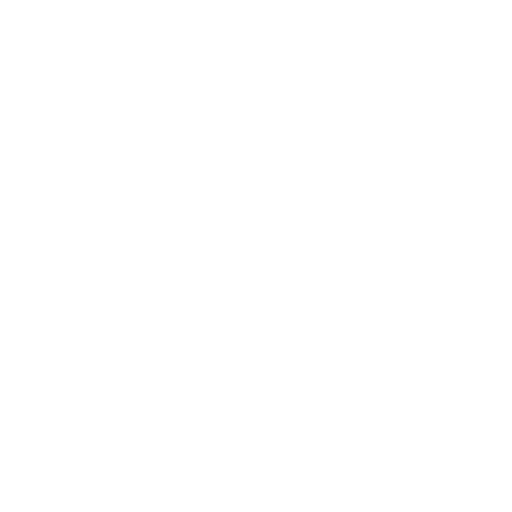 And you’re thinking “If only I could get more traffic to my website”.

More eyeballs on my offers.

Most people don’t have a traffic problem.

They have a conversion problem.

You see, there is no shortage of traffic online.

There are 2.8 billion Facebook users…
And 40,000 search queries every single second on Google! 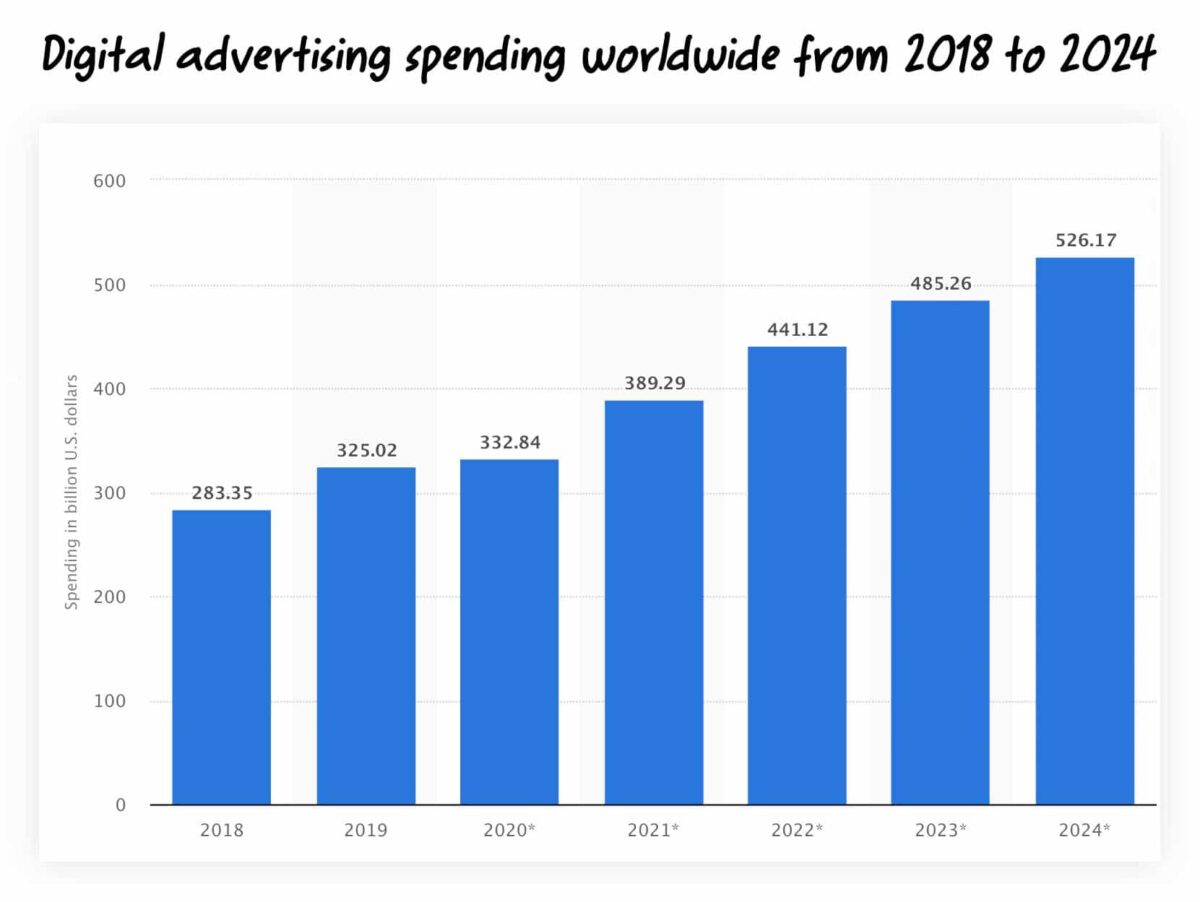 There’s literally more traffic online than you could possibly handle.

Enough to melt your web servers and send your developers into a catatonic state of shock.

So what’s the problem?

Why are so many businesses struggling to get enough leads and sales?

Well, buckle up bizzsnaps because I’m about to blow your umbilicus clean off.

The real issue isn’t getting traffic.

Because, just like you go to the supermarket to buy groceries…

You can also go to the ‘traffic supermarket’ i.e. Google and Facebook.

And buy as much traffic as you want!

So the issue isn’t traffic.

The REAL issue is….getting that traffic to convert at a rate that’s profitable.

Being able to ring the cash register in high enough volumes, and with fat enough margins to make a profit on that traffic.

MOST PEOPLE SHOOT THE MESSENGER WHEN THEY SHOULD BE MAKING LOVE TO THEM!

They blame ‘em that every time they launch a campaign it burns a hole in their bank account.

But look, it ain’t Zucks or the big G that sets the price…

It’s your competition. Your market.

So instead of complaining about what you can’t control – you gotta focus on what you can.

And the thing you can control is…

The rate at which you CONVERT that traffic into leads, customers and clients.

There’s a solution to all this madness.

Here it is: there is no solution.

The answer is actually far simpler, and far less costly than one would expect.

I mean it doesn’t involve paying some traffic genius $10,000s of dollars to unlock some ‘hidden’ and secret setting inside your ad accounts.

It doesn’t involve some ‘loophole’ or ‘hack’.

It doesn’t involve hiring a hitman named Vladimir to take out your competition.

Heck, it doesn’t even involve getting “cheaper clicks”.

“Okay cut the bullshit. And tell me how to goddamn end this nightmare!”

Well what you need is…

A SEXY WELL-DRESSED
SUPER-POWERED SALESPERSON THAT WORKS 24-HOURS PER DAY, 7-DAYS PER WEEK… 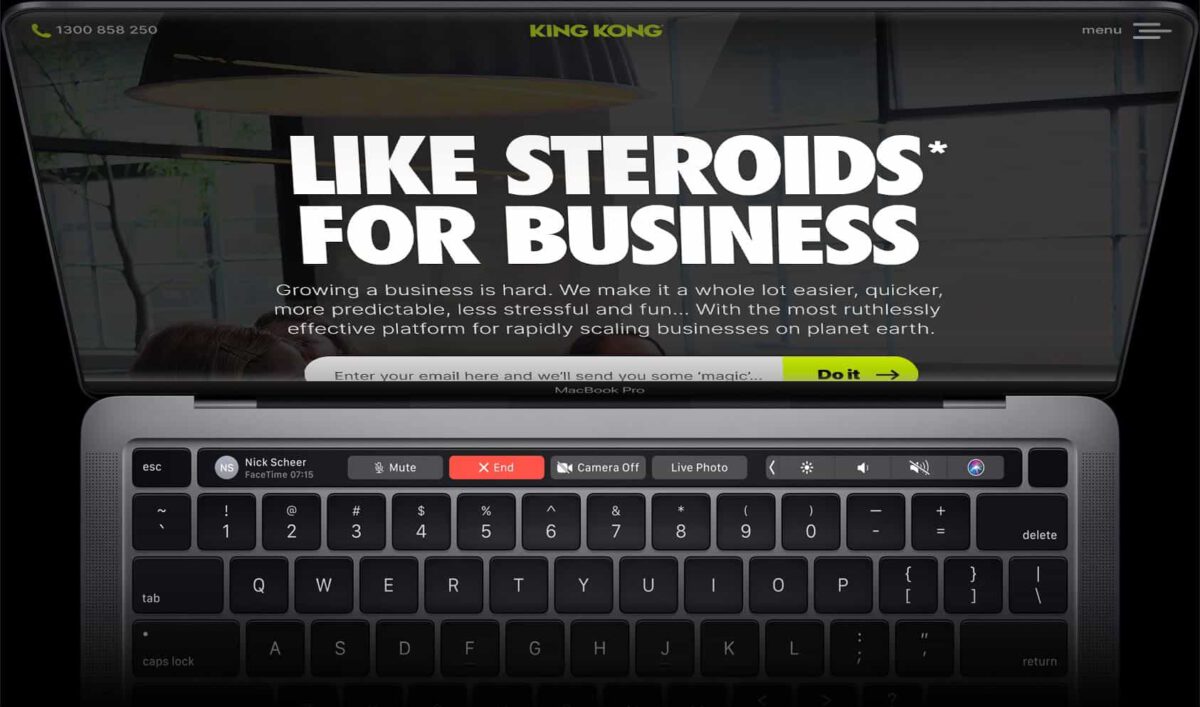 And never calls in sick or takes holidays…

Or never goes to work for a competitor.

This person goes by….

And, if you set it up right the first time around, it will work for you day and night to bring in emails, leads and even sales.

SOME LANDING PAGES WE’VE HAND-CRAFTED THAT CONVERT LIKE CRAZY 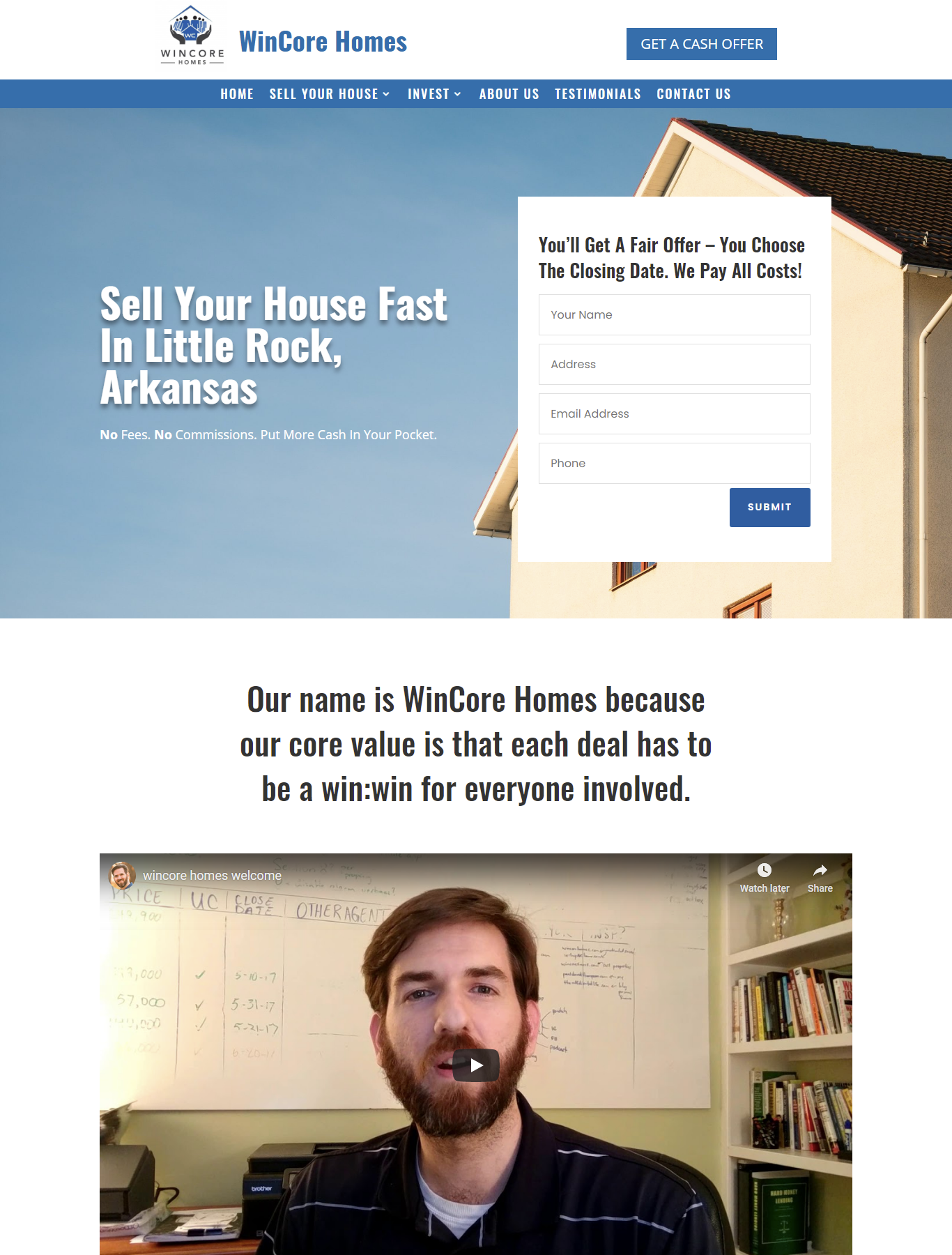 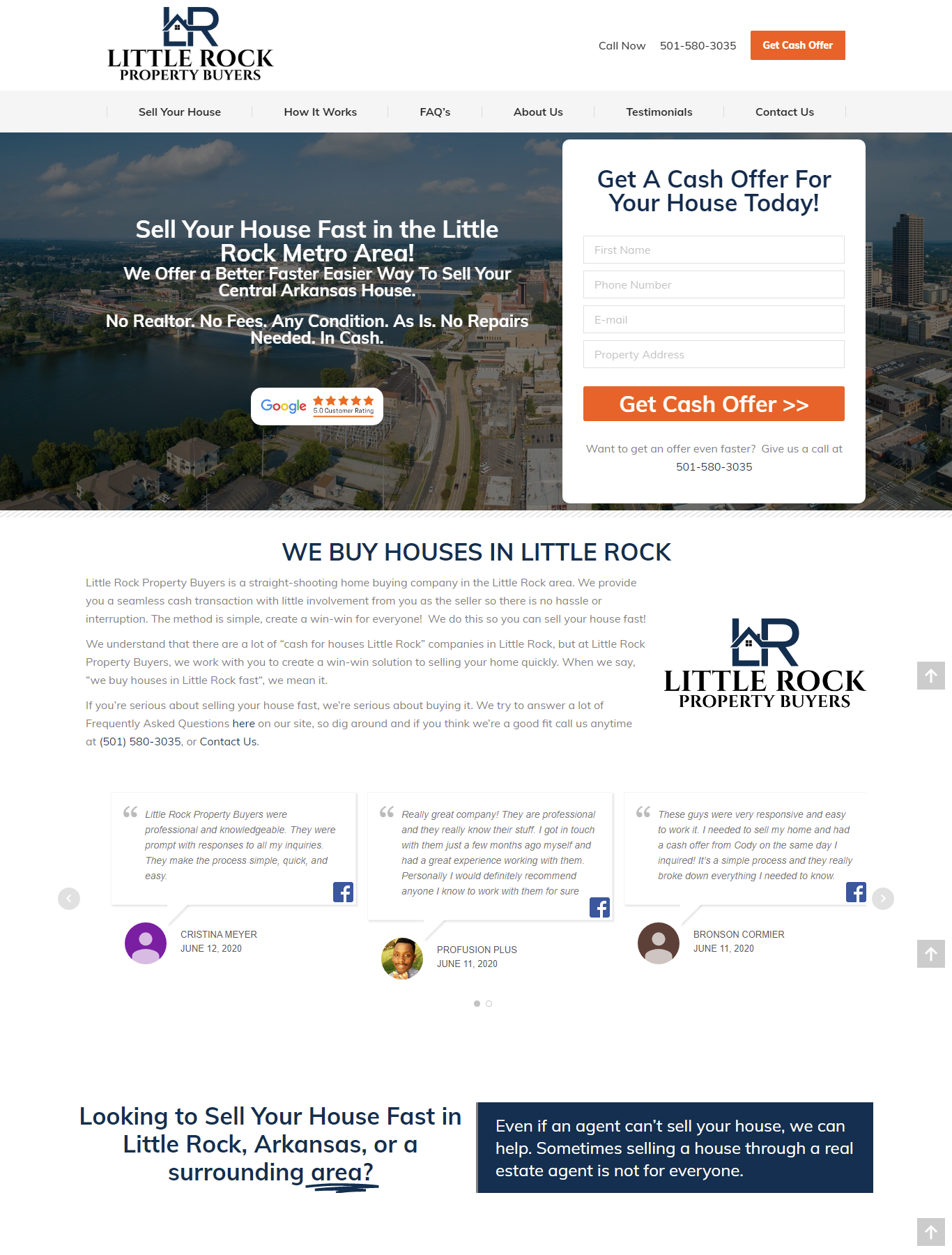 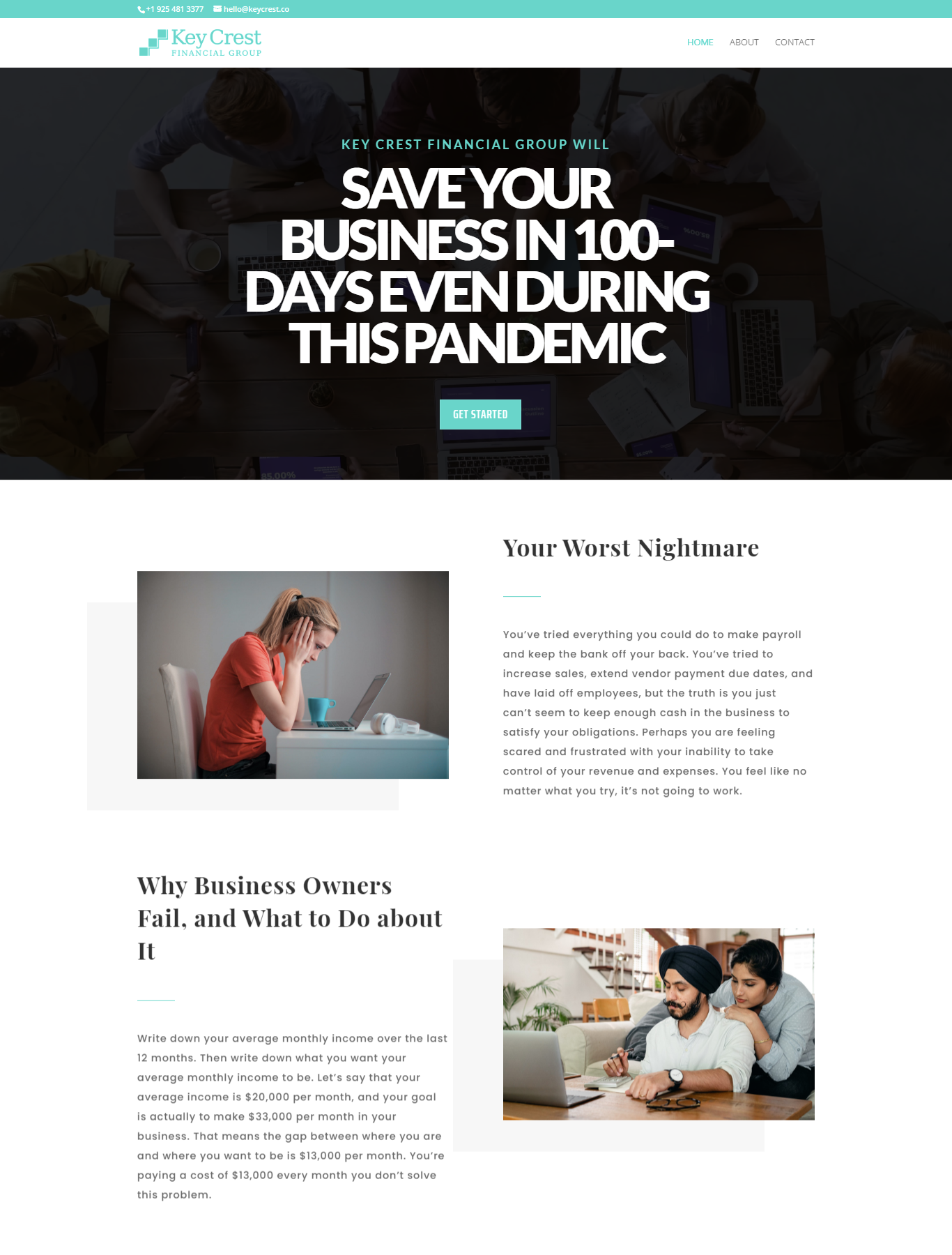 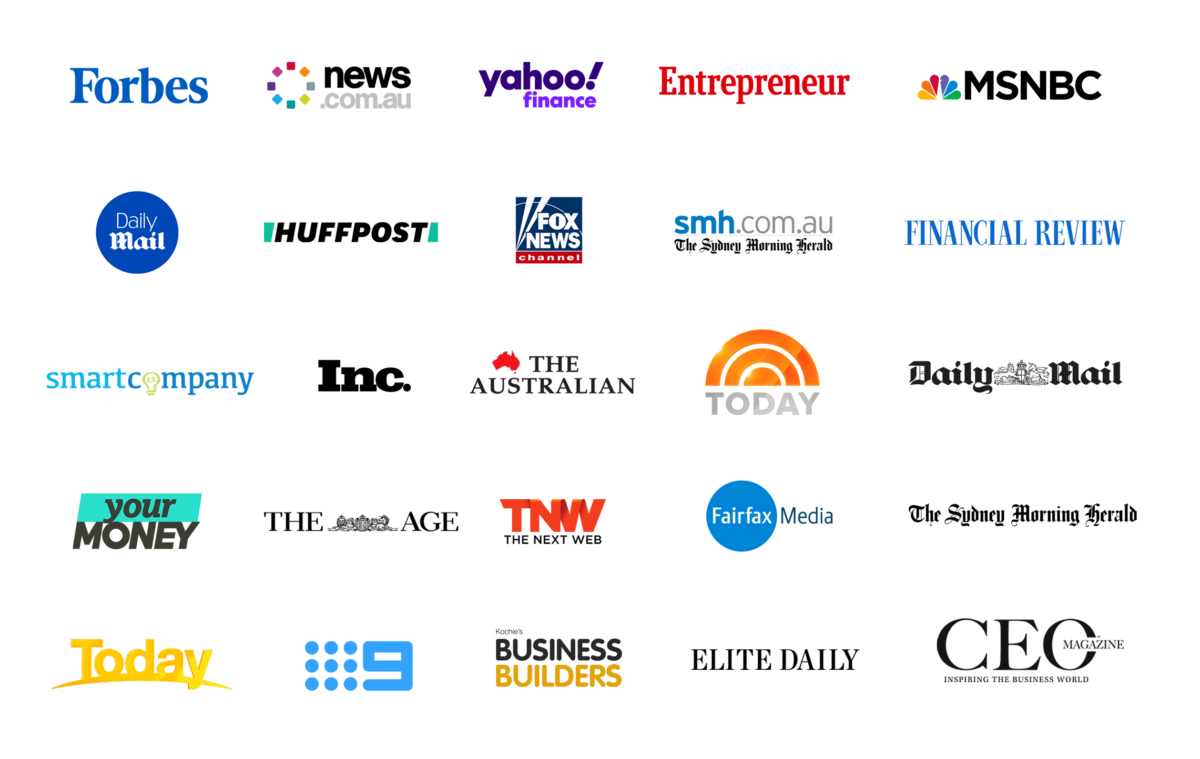 WHAT IF THERE WAS A BETTER WAY?

WHY SPEND THOUSANDS OF DOLLARS AND COUNTLESS HOURS ‘TESTING’ THINGS THAT MIGHT WORK WHEN YOU CAN SIMPLY “COPY & PASTE” WHAT IS CURRENTLY WORKING?

Look, we’ve spent well over $50 million dollars on generatingtraffic, in over 416 different industries and niches.

And we’ve used this $50 million to generate our clients $1.33 Billion dollars (that’s billion with a B) in sales.

We’ve run thousands of scientific experiments to really figure out what works and what doesn’t.

So you could try and figure this all out on yourself.

Pulling your hair out and dealing with the never-ending shit storm of rising ad costs, poor conversion rates, and an income that’s a feast one month and a famine the next.

Or you could simply get our entire “selling system”.

Our roadmap for success.

Listen, there’s no dignity in struggling if you can find a better way to succeed.

A ‘shortcut’ and ‘hack’ to get you results faster. Much faster.

But if this wasn’t enough…

I’m now going to send your greed glands into overdrive!

WARNING: WE RESERVE THE RIGHT TO REVOKE THIS OFFER AT ANY TIME

WE GUARANTEE TO BEAT YOUR BEST LANDING PAGE OR YOU WON’T PAY US A SINGLE CENT!

Does this offer excite you? Interested in putting us to the test?

Hold on there, tiger…not so fast.

Gotta back up a little first.

Because this is not for everybody.

There are three important factors which must exist before you should even think about applying for this opportunity:

You must already be running ads on either Google or Facebook, and they must be running profitably. This opportunity isn’t for newbies or businesses that aren’t already advertising online. (If you want us to create a funnel and ads from scratch – you can see if you qualify here).

You must be willing to let us create ads we think will sell. Listen, since we’re doing this all on our own dime…Frankly, we don’t care what you, your business partner, your spouse, your friends or Snow White and the seven dwarfs think about our work.Except for checking the ads for your legal and factual approval – we’ll hold all creative control. Because, if an ad isn’t ours – we can’t guarantee its success.

You must not be selling anything even remotely shady, illegal, scammy, dangerous or in any way be involved in multi-level marketing. That’s it.Does this opportunity interest you? Do you meet the above qualifications? If so, go here and book in a 30-minute strategy session with our team to see if we’d be a good fit.

BE QUICK! FREE SPOTS ARE ALMOST GONE FOR AUGUST 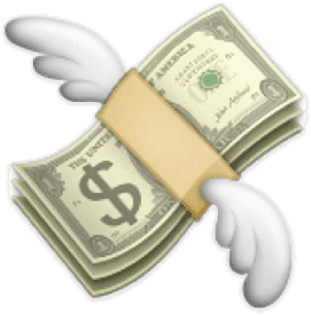 Look, this is the closest you’ll ever get to someone giving you free money.

Because, what all this means is, if we fail (very unlikely) to beat your current landing page, you won’t owe us a single red cent.

Think about it, you pay…

No unicorn catching fees! (had to check I still have your attention)

In fact, you pay us nothing!

And guess what else? If we do beat your current landing page (highly likely) you’ll still not be out of any money…

Because every dollar you pay us will come from the EXTRA sales you wouldn’t have made unless we created our new landing page for you!

Why are we making such an offer?

Only the Gods, tigers, and immortals have tiger blood *wink*.

We practice what we preach and make offers so good only a lunatic could refuse!

This is a key ingredient to sky high conversion rates!

Now, you’re still here with me – reading this, so what to do next…

Go here and book in a 30-minute strategy session with my team to see if we’d be a good fit.

BE QUICK! FREE SPOTS ARE ALMOST GONE FOR AUGUST 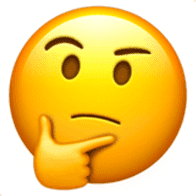 What is the difference between a landing page and a website?

Good question. It’s one we get asked all the time. It all boils down to focus and the conversions – leads, sales or whatever action you want visitors to take – that results.

As the main page on a website, the focus of a homepage is to give an introduction into a company’s values and their product/service. The layout and content is specifically designed to pique the interest of visitors and encourage them to explore the other pages on the site.

In contrast, the whole focus of a landing page is conversion. It’s a standalone page (that’s usually built on a company’s website domain) that’s designed to trigger a specific action of the user. It gets rid of distraction and keeps the user focused on one thing, whether that’s signing up for a newsletter, booking an appointment or buying a product.

What are the main benefits of using a landing page design agency?

Can you make landing pages for e-commerce websites?

Yes. You have a product to sell and a landing page is one of the most effective ways to persuade visitors to act on an offer. We’ll use a magnetic headline, trust indicators, social proof and other kickass elements to compel visitors to take action and hit that CTA button.

But this approach isn’t suitable for all businesses. Ecommerce landing pages are very effective if you sell one product. Once you start expanding your business and product range, landing pages no longer make sense as a standalone web project.

My homepage is great, why do I need a landing page agency?

Should I run traffic to a landing page or my homepage?

Always a landing page. It’s simple. Here’s an example why;

Let’s say a customer clicks on your ad after searching Google for ‘gas fitting services in South Melbourne’. They didn’t search for your company; they’re just looking for a gas fitter and decided to click on your ad. Instead of taking the user to a landing page that’s kitted out with all the info they need to know about your gas fitting services, they end up on your homepage – a page that is littered with information and category listings that are linked to all the services you offer. They’re now looking at a page that talks about emergency plumbing and plumbing maintenance.

That user now has to figure out how to find out about your gas fitting services. That takes time. It takes effort. And it will most likely result in a bounce.